I recently had the opportunity to have a chat with actor John D. Hickman. John is a up and coming actor who has played everything from a werewolf to a very unique waiter! You may recognize him from True Blood. He was a part of Joe Manganiello’s wolf pack!
Quickly go and grab a hot beverage and then have a seat in your favorite comfy chair while you learn more about this very diverse actor!

1. When did you know you wanted to act?

Growing up I had always wanted to act. I did some plays in high school but never really pursued it because I was told that it was a risky career choice. Also living in the deep south at the time they weren’t really many opportunities in the film industry. That changed when Georgia started offering tax incentives and began to blow up in the movie making business.

2. How did you get your start in the acting industry?

It was completely by chance. There was a fund raiser for LA Children’s Hospital and Alan Ball the creator of the HBO Hit show True Blood donated a featured walk on role. I was a huge fan of the show so I bid on it at the auction and won! I flew out to LA to appear in and Episode on Season 4. You literally only see me for like 3 seconds. It was such a crazy feeling getting to work with Anna Paquin my very first time on TV! She was very nice to me and could tell I was terrified during the shoot. It went so well I was invited back for a small scene in season 5 but sadly the scene was cut and didn’t air. I did get to appear in Season 6 as a werewolf. The biggest thrill of my life was getting to work with real wolves. I became obsessed with wolves after that and support several different wolf charities to this day.

3. Growing up, would your teachers have said you were a class clown? A serious student? A computer nerd? An athlete?

That depends on which of my teachers you talk to. Computers weren’t really around much where I grew up. I did get in trouble a lot for making kids laugh and I played football in high school. I was not really the best student wise , I goofed off a lot. I think there were 23 students in my 12th grade class so it was a very small school.

4. Tell us about your newest movie, I.T. What was it like to work with Pierce Brosnan?

I.T. is an amazingly scary techno thriller. I actually didn’t see the script until after I took the role. It was filmed in Dublin Ireland. The role was a police detective. I was thinking, Ireland what the heck do they want me for? There is nothing Irish about me. No one told me till I got there that the story takes place in Washington DC. There was only one other American police detective. Pierce Brosnan was one of the most amazing , charming actors I have ever worked with. I had always read he was a very nice man.

6. You’ve definitely played a variety of characters, which character was the easiest to get into?

I have really enjoyed playing the bad guy. I have had the chance to play some really bad dudes. One of my favorites is Harry in a movie called Blood Heist I filmed this summer with James Franco.. Jenna Cavelle is the director. She is amazing! You definitely need to keep an eye out for her! She turned Harry into one bad dude!

7. Is there anything else you would like to share with the readers that they may not know about you?

I spend a lot of time with my 1 year old Golden Doodles Elsa and Anna. It’s funny whenever I am around town with them I get stopped, “Excuse me, is that Elsa and Anna?” They go to daycare here and they are on IG a lot so they have their own page.elsaandannahickman I can’t compete with those two LOL I handle all of my social media. Twitter @johndhickman John Hickman on IG and FB.

8. I read you are from Tuscaloosa, Alabama. To a first time visitor to the area, what restaurants would you tell people were “THE” favorite places for locals to eat?

All first time visitors here especially if you are a football fan must eat at Dreamland. If you love BBQ and football it is the spot!

9. Do you have any new shows or movies in the works?

There are 3 projects that I shot this summer with James Franco that should be out sometime next year. Welcome to Willits just debuted at the NYC Horror Film Festival Nov 11. I have a couple of projects in development that I can announce later.

Previous Post: « UNIQUE GIFTS : 20 IDEAS FOR THE PERSON WHO HAS EVERYTHING
Next Post: BOOK HAUL: NOVEMBER PICKS » 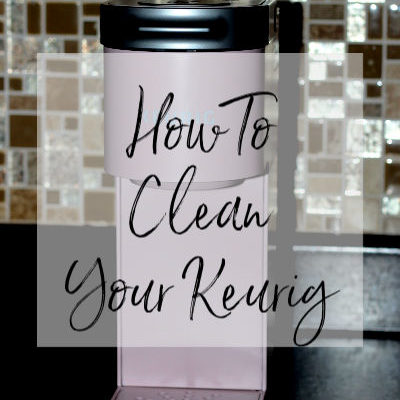