MIA AND THE WHITE LION is the heartfelt story of an extraordinary friendship between a young girl and a white lion, and her incredible adventure together. 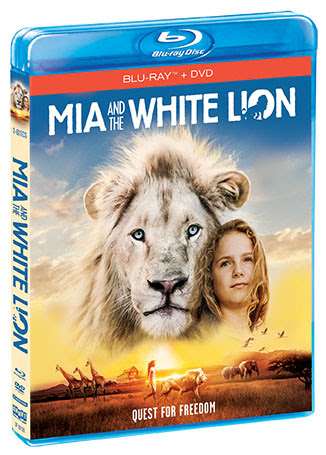 This film was filed over three years and features Mia, a young girl from London, who moves with her parents to manage a lion farm in South Africa.

Once Charlie, a white lion is born, they develop a special bond which is tested when Mia finds out a secret that has been hidden by her father.

MORE SKOOP ABOUT THE MOVIE

MIA AND THE WHITE LION is the heartfelt story of an extraordinary friendship between a young girl and a white lion, and her incredible adventure across the South African savanna to give her best friend a new home. Starring Daniah De Villiers (Zero is Not Nothing), Mélanie Laurent (Now You See Me, Beginners), Langley Kirkwood (Banshee, Black Sails), and Ryan Mac Lennan (Rumpelstiltskin), the film was directed by Gilles de Maistre (César Awards-nominated feature Le Premiere Cri) and written by Prune de Maistre and William Davies (How to Train Your Dragon).

Brought to life by French director, Gilles De Maistre, the expansive production was filmed at the Welgedacht Reserve in South Africa. De Maistre chose to shoot throughout a three-year period so that the film’s young stars Daniah De Villiers and Ryan Mac Lennon could bond and develop real relationships with the lions and other animals that appear in the film. Kevin Richardson, a lion expert also known as the “Lion Whisperer,” oversaw the entire production process and all interactions between the lions and the children ensuring the safety of the animals, cast and crew on set.

MAKE SURE TO CHECK OUT THE CURRENT TRAILER

MomSkoop is dedicated to informing and empowering both parts of moms: the parent and the woman. Read More…