Fa Mulan is a fictional character that is inspired by a legendary figure named Hua Mulan who was a brave female warrior from Henan China.

The movie is now available on Disney+ with Premier Access so you can watch it now and save it for later!

Acclaimed filmmaker Niki Caro brings the epic tale of China’s legendary warrior to life in Disney’s “Mulan,” in which a fearless young woman risks everything out of love for her family and her country to become one of the greatest warriors China has ever known.

WHAT IS THE STORY OF MULAN ABOUT?

When the Emperor of China issues a decree that one man per family must serve in the Imperial Army to defend the country from Northern invaders, Hua Mulan, the eldest daughter of an honored warrior, steps in to take the place of her ailing father. Masquerading as a man, Hua Jun, she is tested every step of the way and must harness her inner-strength and embrace her true potential. It is an epic journey that will transform her into an honored warrior and earn her the respect of a grateful nation…and a proud father.

WHO ARE THE ACTRESSES IN MULAN?

WHO ARE THE MALE ACTORS IN MULAN?

Zhou is played by Tzi Ma. Jason Scott Lee plays Böri Khan. Commander Tung is played by Donnie Yen. Yoson An stars as Honghui; which is Mulan’s love interest in this live action version. Sergeant Qiang is played by Ron Yuan and Jet Li will be the Emperor.

The film is directed by Niki Caro from a screenplay by Rick Jaffa & Amanda Silver and Lauren Hynek & Elizabeth Martin, suggested by the narrative poem “The Ballad of Mulan.” The producers are Chris Bender, Jake Weiner and Jason Reed, with Bill Kong, Barrie M. Osborne, Tim Coddington and Mario Iscovich serving as executive producers.

HOW CAN I WATCH MULAN?

Starting September 4, with Premier Access, viewers can watch “Mulan” before it’s available to all Disney+ subscribers.

IS THERE AN OFFICIAL MULAN TRAILER?

Yes, there is. You can find the official movie trailer here.

This is a great educational activity pack that you can do before the movie with your family or afterwards. To print out the activity sheets, there is a link below the image of the sheets. Just click on that and you will be taken to the Dropbox file where everything is. There is no fee to print these. 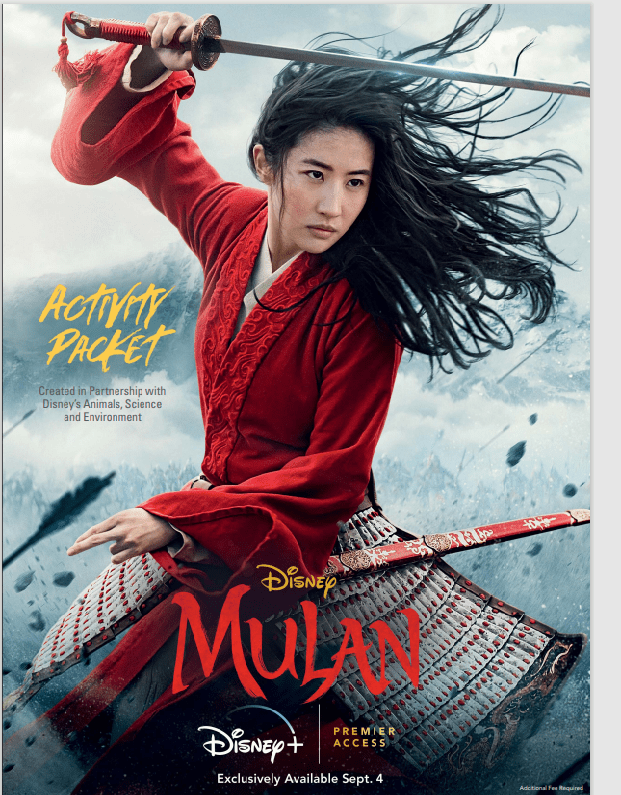 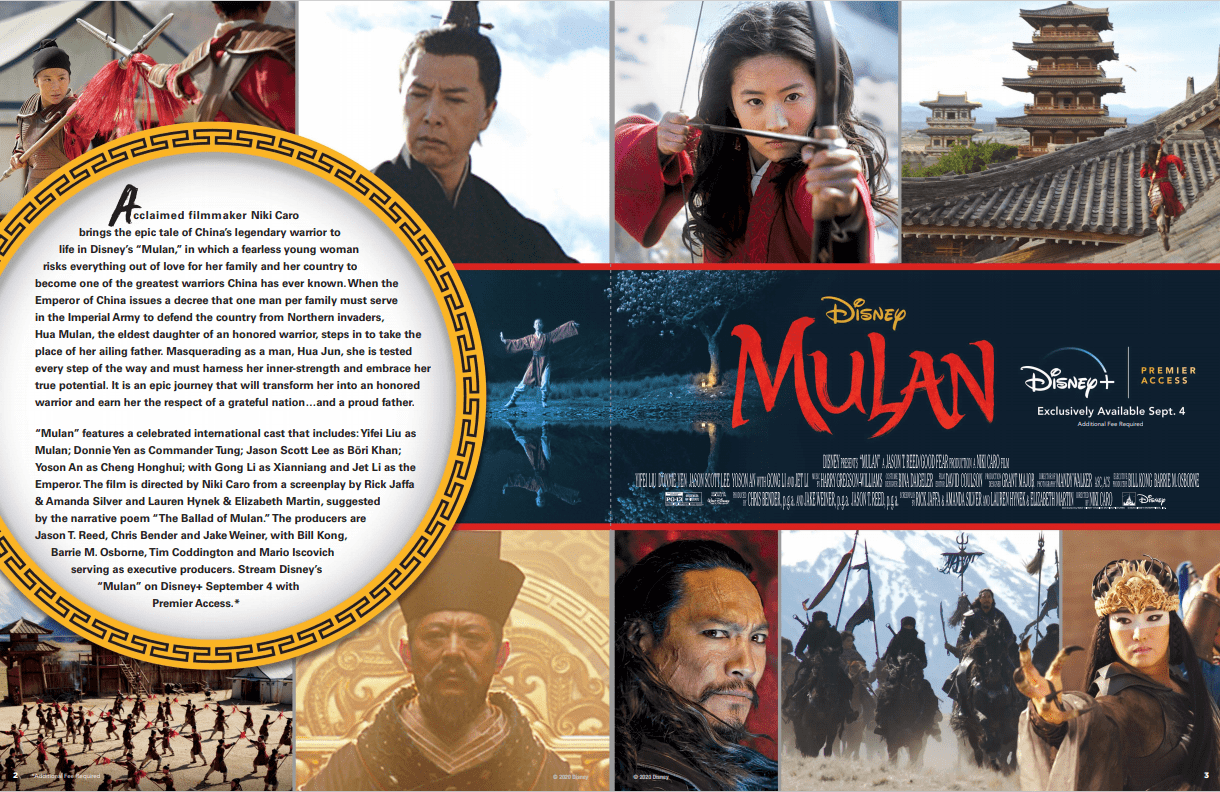 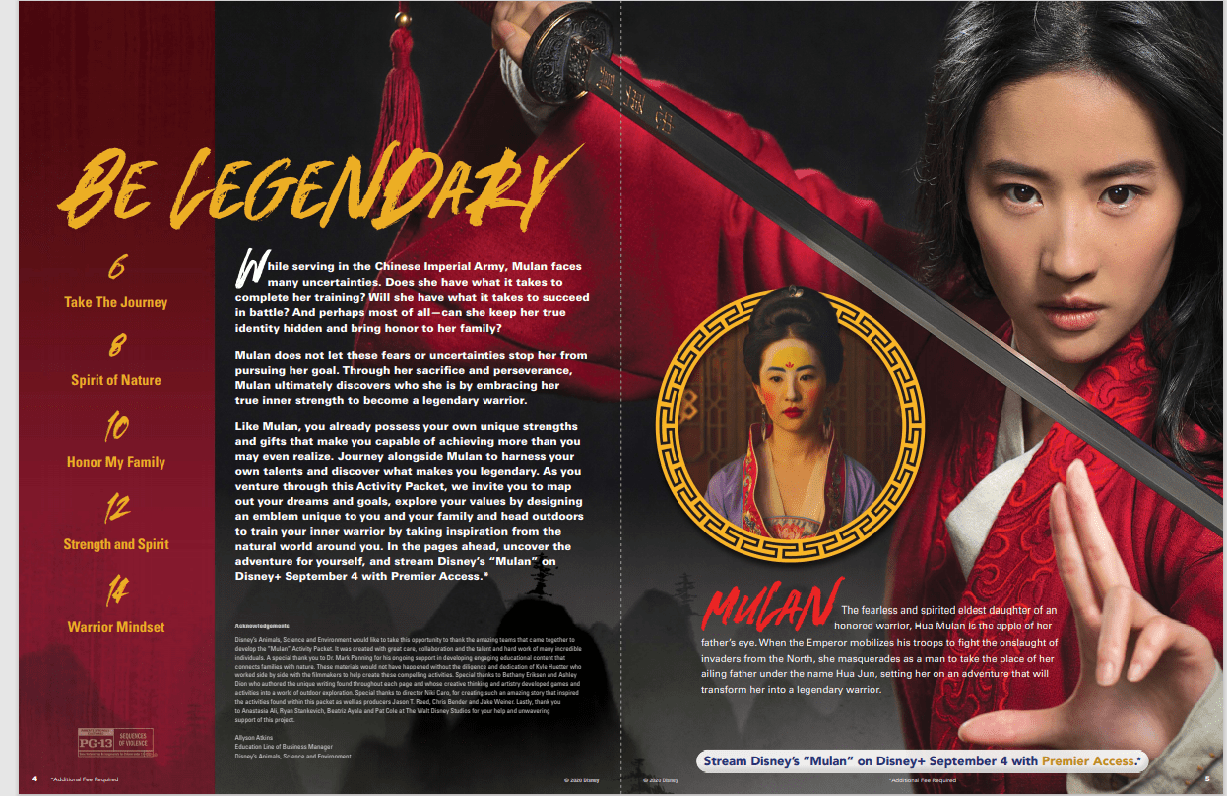 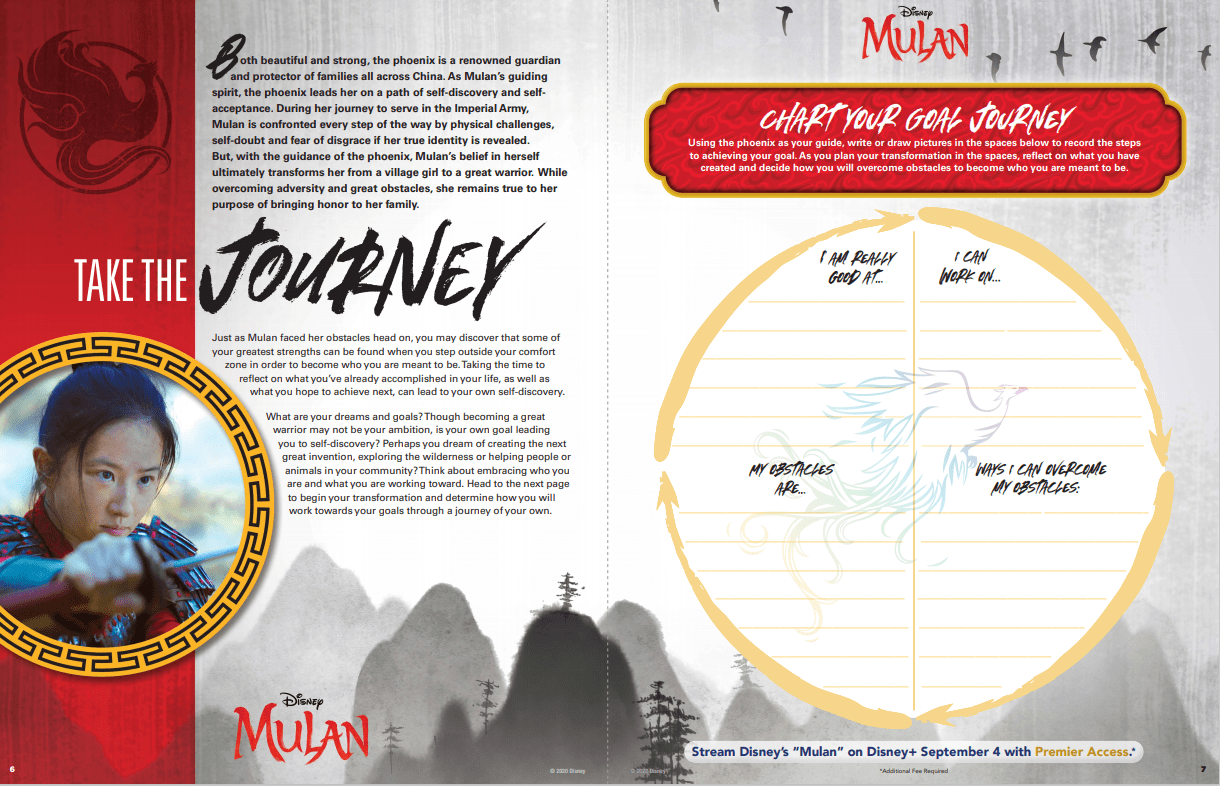 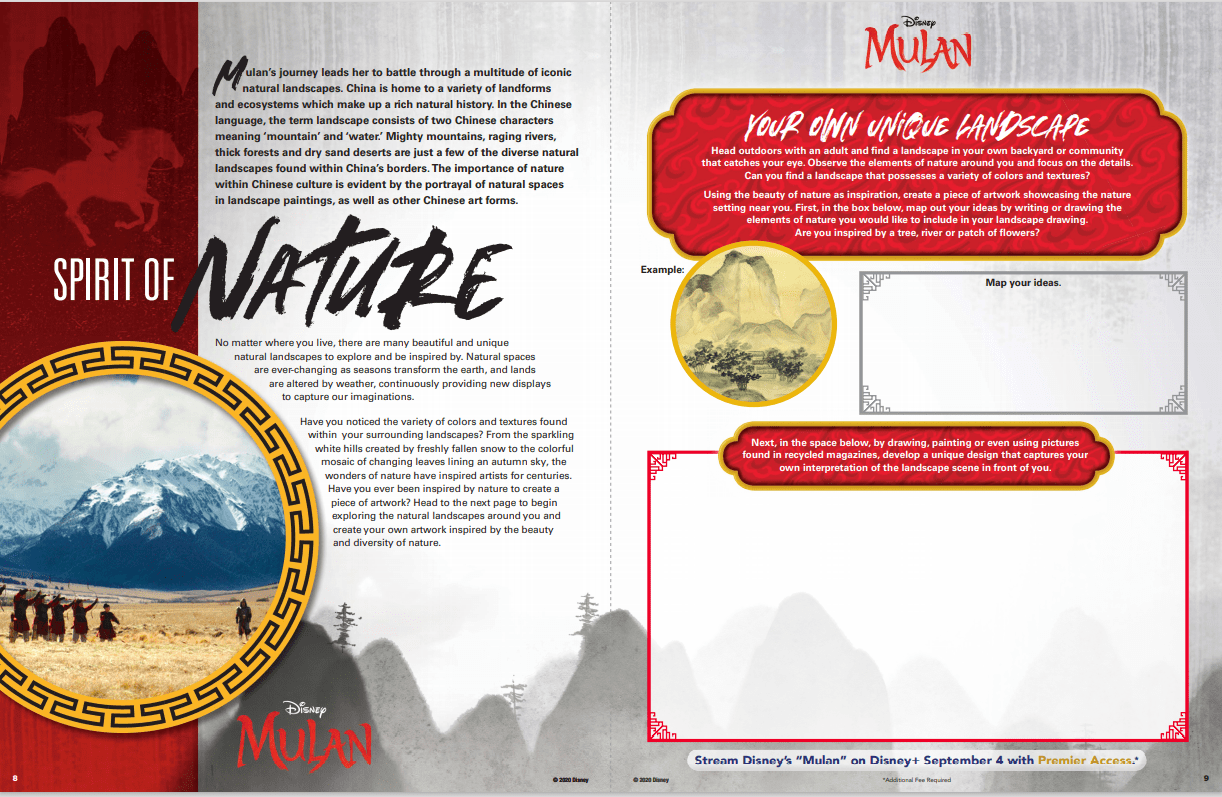 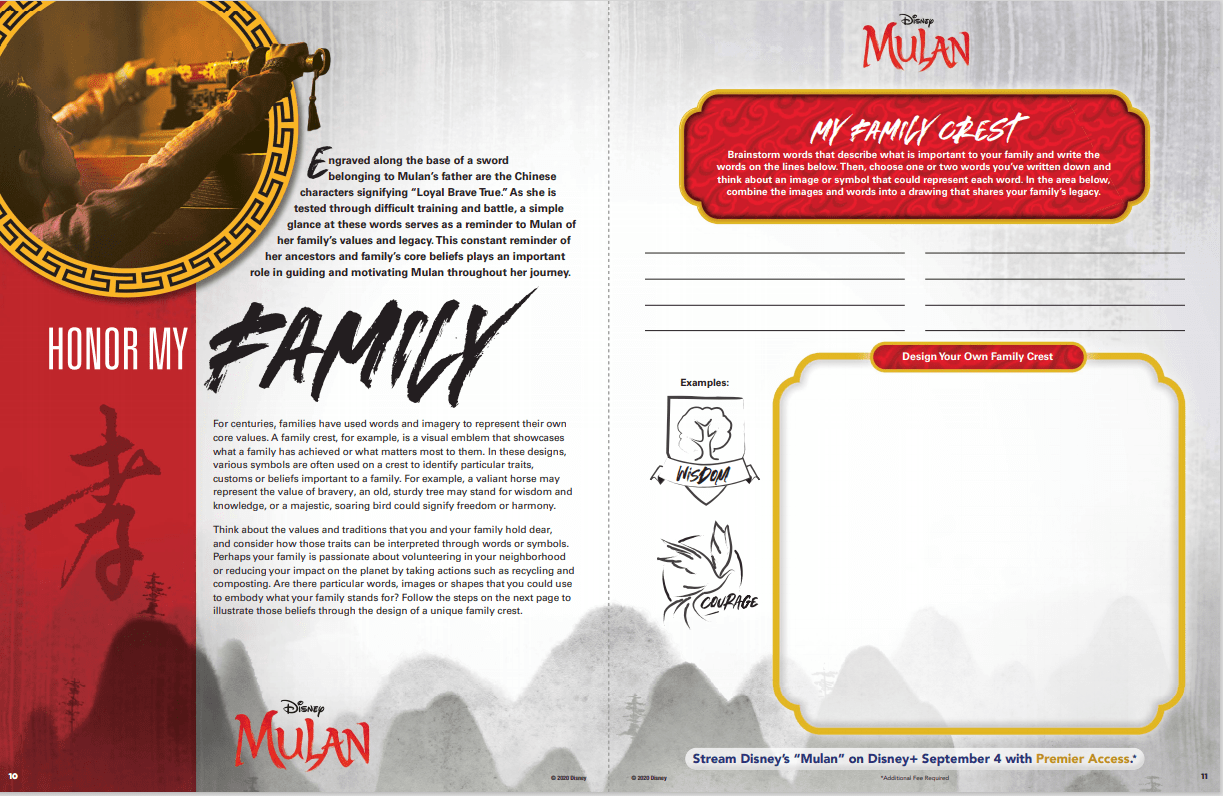 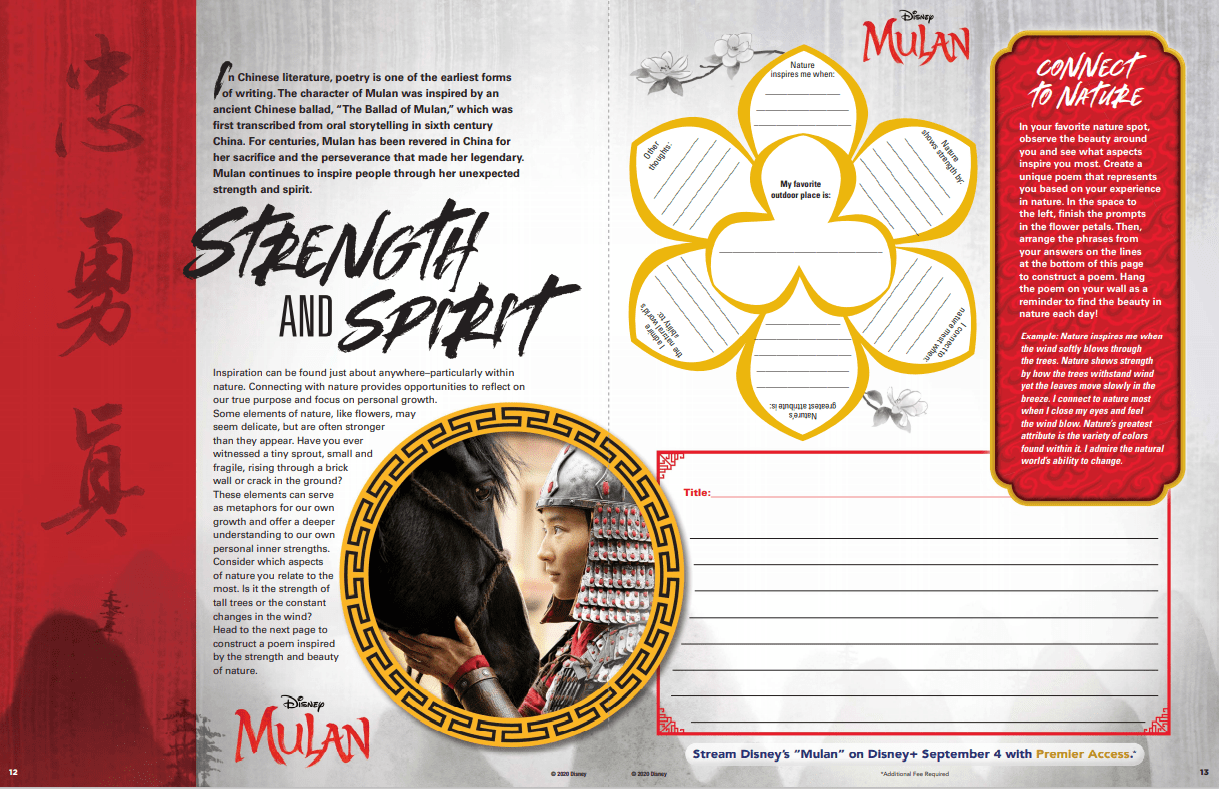 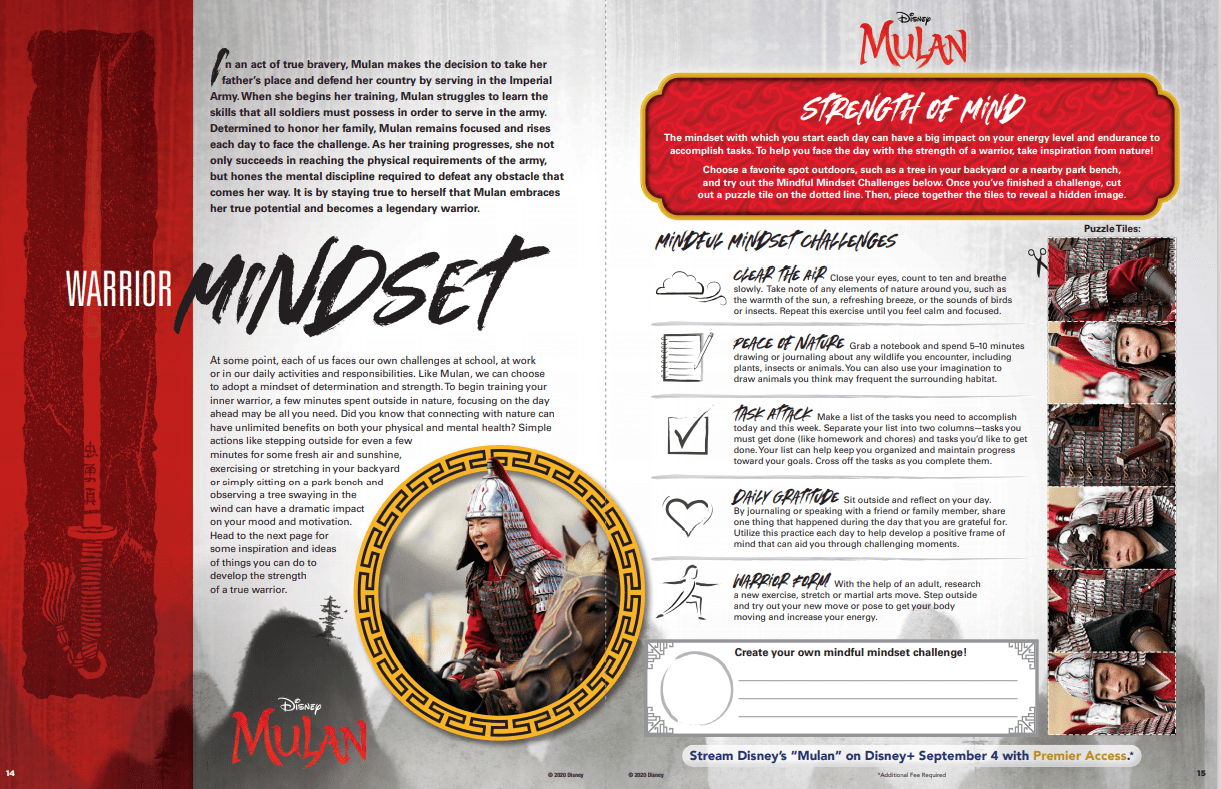 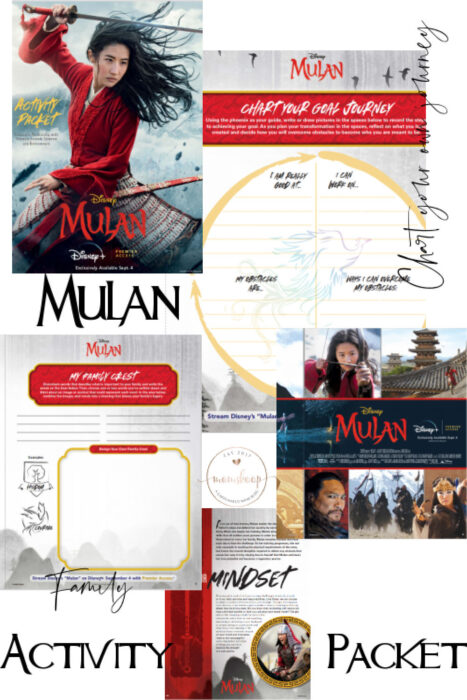 TO DOWNLOAD THE FREE ACTIVITY PACKET BY CLICKING ON THIS LINK